I’ve been gearing up to make some more cosplay elements and props recently, so I’ve been tying to get my old 3D printer working, and it’s… not going well. What I have now is a MakerGear Prusa Mendel built from a kit in December 2011. It has never worked terribly well, and the whole 5mm threaded frame and slightly-bent Z-screws have made it wobbly and imprecise. I mean, it’s been fine for building cases and prototypes where I don’t care what they look like, but it’s recently started jamming on every print (maybe thermal damage to the hot end). For something that’s supposed to be able to reliably print objects on a regular basis, it’s been an amazing disappointment machine.

My journey started out looking at the Prusa i3 as a possible model to build, reusing many of the parts from my Mendel. While I was thinking that, I came across this post on Hackaday about making your cheap 3D printer better. While I was there, what really caught my eye was a comment by Dr. Mark Rehorst dismissing most of the items in the article as band-aid to make up for the cheap un-sturdy construction of the consumer-grade printers. He argued that for not much more money, you could build a printer that was way more rigid, accurate, and reliable.

This is what I want. I don’t mind spending the time to build the printer myself, but I want something that I can build once and stop fucking around with. My hobby is not building 3D printers — it’s making cool cosplay parts and props, and the printer is just a tool.

Now, I promised myself that I wouldn’t buy another 3D printer until I could find an affordable SLA printer, and I briefly considered building my own, but again: I don’t want to fuck around with the printer. Turns out the Wanhao Duplicator 7 is an SLA printer that is finally good enough and cheap enough that I went ahead with the purchase. I mean, I’m probably going to have to fuck around with the printer a bit, because it’s cheap enough that it’s definitely not going to be a one-touch process, but hell, even the semi-professional Form 2 still requires a lot of fiddling about with post-processing, and for less than 1/10th the price, I’ll take it. The D7 should arrive from China soon, and get me good detailed prints for smaller items. However, I still need a bigger FDM/FFF printer to make larger cosplay parts, like the Starlord helmet I’ve been wanting to make.

Rather than regurgitate everything I’ve read, allow me to link to the series of articles that have greatly inspired my design thinking about this project:

Since the UMMD seems to combine the best of both worlds from many of the printers above, let’s take a look at some of the design features. Photos here courtesy of Dr. Mark Rehorst, designer of the UMMD. 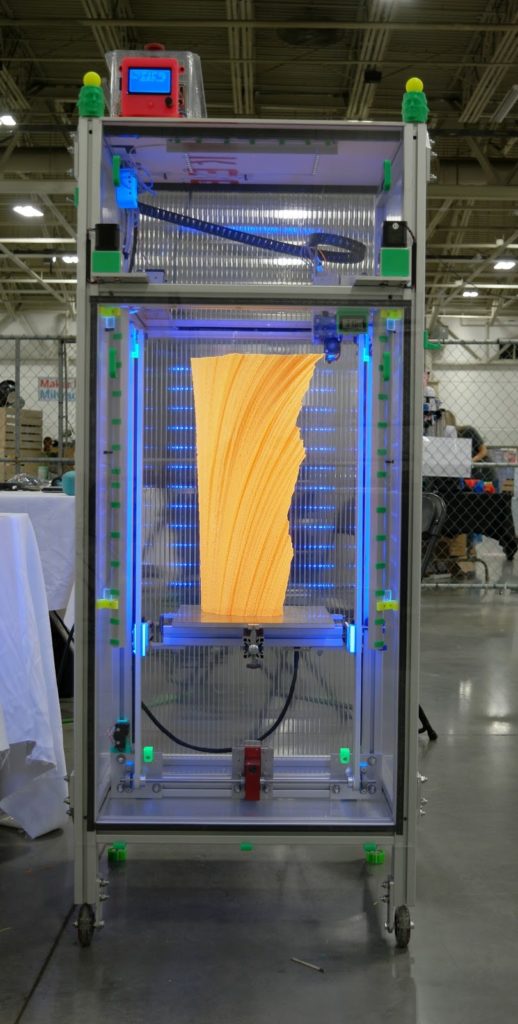 The frame is very rigid, made of 4040 T-slot aluminum extrusion. The motors and electronics are outside of the print area, to avoid heat damage, and it’s enclosed in polycarbonate, to trap heat when printing ABS. It’s also very tall. I don’t think mine needs to be that tall — 300mm seems like a very useful print height. But then again, if I’m designing this to be the one true 3D printer that I build once, and use forever, maybe a taller model would be wise. 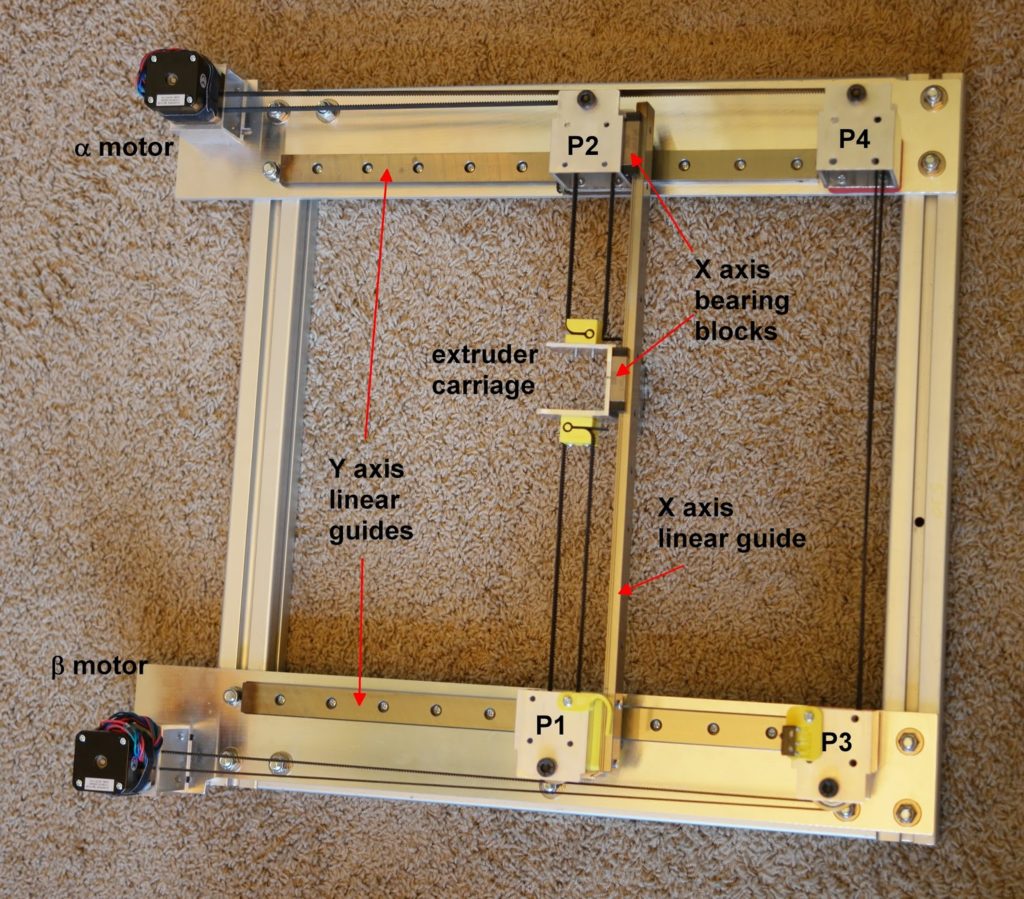 The design uses a CoreXY platform, which means the print head can make all of the lateral moves, and the print bed only needs to be raised and lowered. 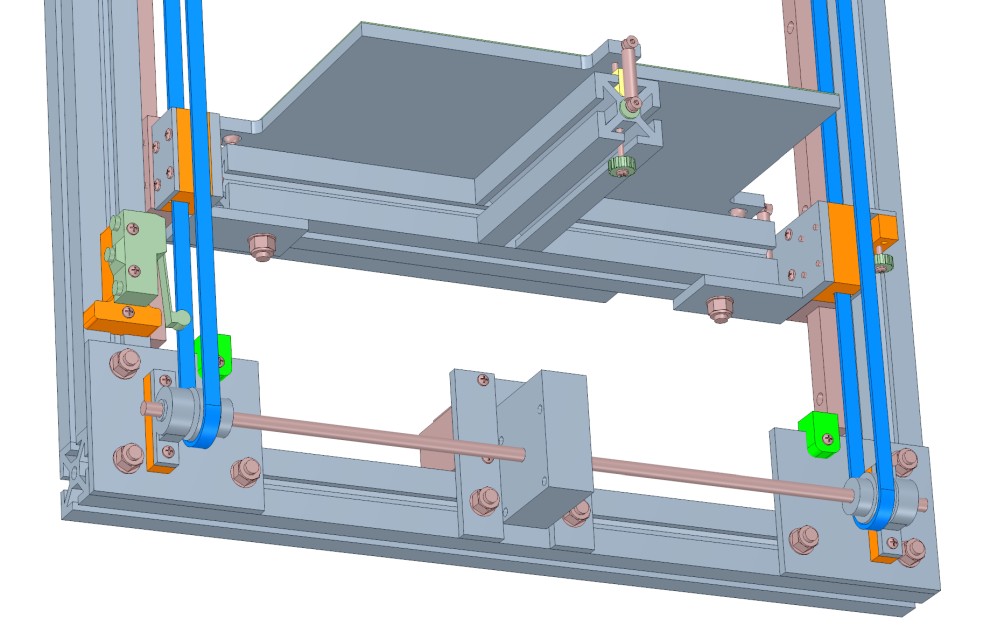 The Z-axis uses a unique belt-driven design, which seems excellent for this very tall design. For my 300mm tall envelope, perhaps this isn’t necessary, but it seems like it might be a simpler design than using two lead screws on a belt/pulley system? I’ll have to compare the two further. 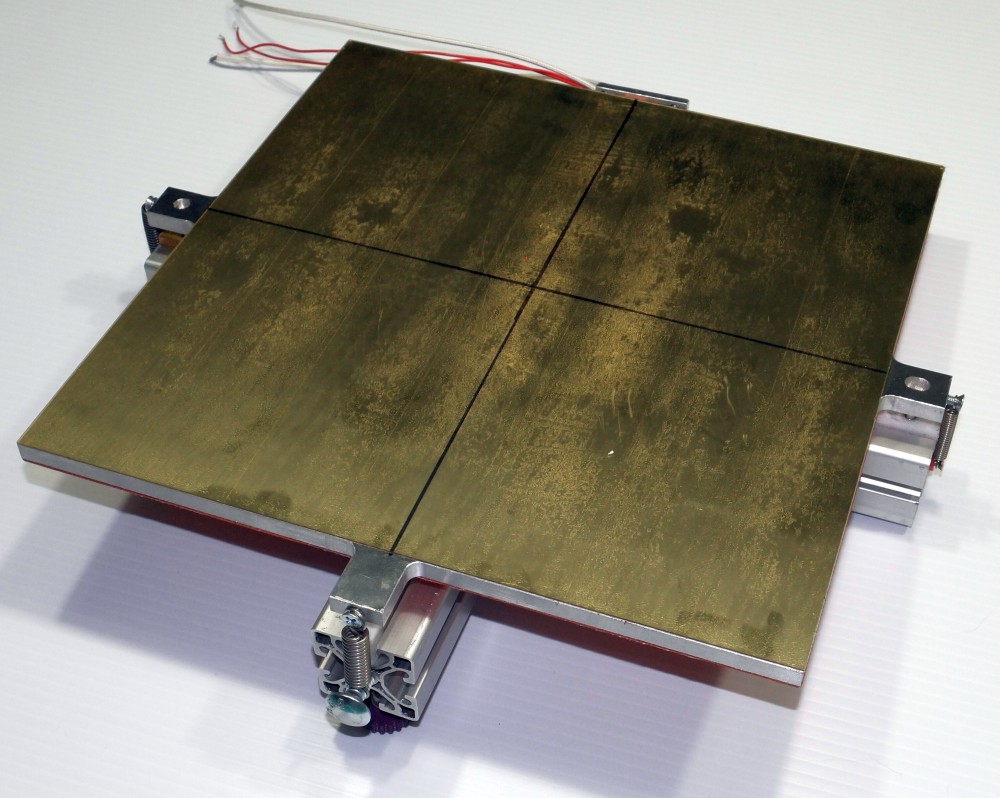 And last, the print bed itself, leveled with a 3-point system, evenly heated, and milled perfectly flat. It’s the kind of print bed that you level once and never have to think about again — no auto-leveling or mesh-based compensation necessary.

The most important part of this is rigidity, which leads to accuracy.

Right now, my Prusa Mendel lifts the full X axis with the Z axis. The Z axis should only have to lift the print bed and the (light) weight of the printed object. With the CoreXY platform, that means the weight of the X motor is eliminated from inertial calculations.

I was thinking that my design would be a blend of Hypercube with the SoM, until I realized that Mark Rehorst had already designed the UMMD, which basically combines the two in the way I was thinking. However, the “Ultra MegaMax Dominator” is a way more aggressive name than I’d like to have in my life, so I came up with HELPR, the “Hypercube Evolution with Lots of Parts that are more Rigid.” Yes, it’s kind of a terrible backronym, but it’s also a bit of an homage to Venture Bros., and just sounds generally cute and helpful. Maybe I’ll come up with a better backronym later.

What do you think of the design goals so far? What am I forgetting? Leave a comment here, or hit me up @vixenlabs on Twitter.